How did george strait became the king of country?

George Harvey Strait Sr King of Country, is an American country music singer, songwriter, music producer, and actor. George Strait considered one of the most influential and leading recording artists of all time and George Strait is known as the “King of Country” for a reason. Not only that George is known as a pioneer of the “neotraditionalist” country style and movement, And being one of the first and most outstanding country artists to bring country music back to its origin in the pop-country era in the 80s with a cowboy look. he is a best-selling music artist of all time and more than 100 million records sold worldwide. Strait’s. This All story is about How did George strait became the king of country?

certifications from the RIAA include over 35 gold, over 30 platinum and over 10 multi-platinum albums.
George Harvey Strait Sr. was born in Poteet, Texas on 18th May 1952, to John Byron Strait Sr. and Doris Jean Couser. His childhood was spent in Frio Country, near Pearsall, his father was a mathematics teacher and the owner of a 2,000-acre cattle ranch. They worked at the ranch in Big wells, Texas on the weekends. George’s parents were divorced When little George was in the fourth grade. George and his brother were looked after by their father and George’s sister moved away with his mother.

Strait didn’t listen much to country music when he started his musical career while attending Pearsall High School, with most influence from Band “The Beatles”.he performed in a rock and roll garage band in high school.” With the country singers like Hank Thompson, Merle Haggard, George Jones, Lefty Frizzell, Bob Wills, Hank Williams, and Frank Sinatra his musical taste turned to Country music. After High school, He went secretly with his longtime sweetheart, Norma Voss. The couple married on December 4, 1971, in Mexico. That same year, he signed up for a stint in the United States Army as an infantryman. While stationed in Hawaii, G.Strait began performing with a band “Rambling Country”, sponsored by Army, George and Norma had their first child, Jenifer in Hawaii. Strait served from 1971 to 1975 in the Army and ranked up to Corporal. Before he was honorably discharged in 1975,

Back home from the Army, George Strait King of Country entered Southwest Texas State University and graduated with an agriculture degree. Not only that but he was also considering a music career seriously at the time. He associated with the Ace in the Hole band and began to cover the region by performing, At the time he recorded few singles on the D Records label. But Strait was declined by every label in town, After several fruitless trips to Nashville in search of a record deal, he thought of giving up music. He was decided to do a job after the frustration. He gave notice to his band that he was leaving, but after a discussion with George strait wife Norma Voss, she motivated him to do music one more year. After few months MCA signed Strait to a recording contract in 1981 only for one song. The label would then consider doing an album If the single did well. The band Ace in the Hole remained with George to performing as the backup and touring band. In the spring of 1981, Strait released debut album Strait Country, his first single for MCA Records, titled “Unwound”, which escalated to #6 on the Billboard Hot Country Songs chart that year.

George’s and Norma’s son, George Strait Jr., was born in 1981. George and Norma’s daughter Jenifer was killed in a car accident in 1986 in San Marcos, at age 13. For her remembrance, the family set up a Foundation called Jenifer Lynn Strait Foundation, which donates money to children’s charities.

During the 80s, seven albums by Strait reached number one on the country music charts. George Strait King of Country was elected into the Country Music Hall of Fame, In the 2000s He was named ‘Artist of the Decade’ by the Academy of Country Music, Troubadour was his first Grammy award album. ( George Strait has named CMA Entertainer of the Year three times in 1989, 1990 and 2013, and ACM Entertainer of the Year two times in 1990 and 2014). Legend has been nominated for more CMA and ACM awards and won many in both categories than any other artist. George’s final concert for The Cowboy Rides Away Tour at AT&T Stadium in Arlington, Texas, in June 2014 marking a new record for the largest indoor concert in North America. by drawing 104,793 people.
You have a lot of selection in the award-winning George Strait songs list, here are the Top ten George Strait Songs for you, let us know your favourite from George strait’s Songs in the Comment section. 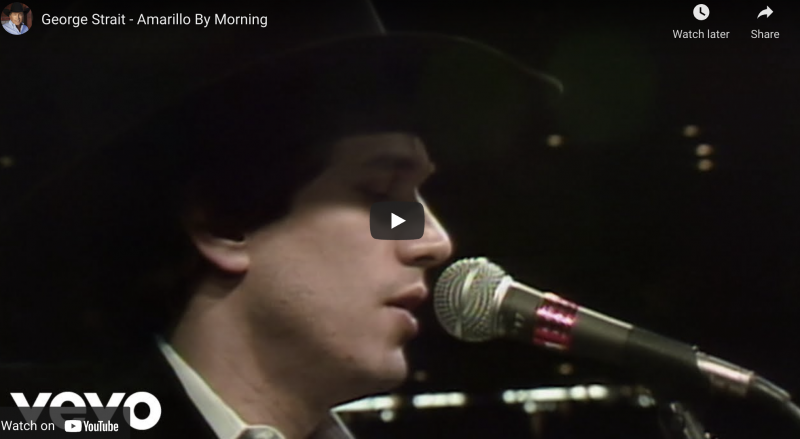 From the album(Strait From the Heart)
The track reached the Top 5 on the Billboard charts. 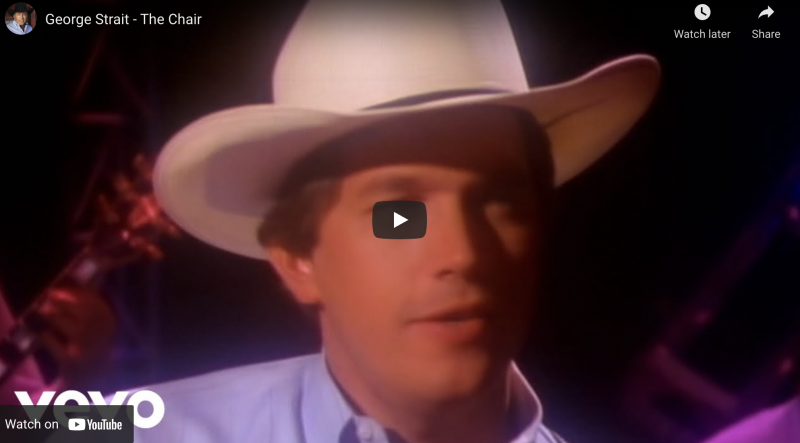 From the album(Something special)
The song is about Dean Dillon and Hank Cochran classic depict how a man and woman meet at a bar, create a conversation over the chair, and he had used the story about the chair to meet her. 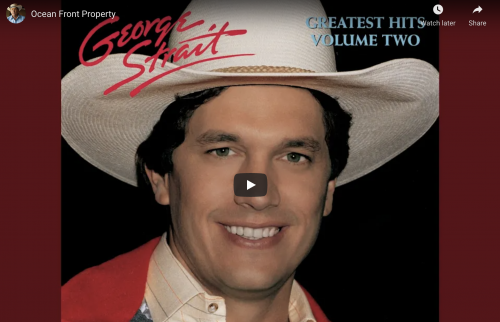 From the album(Ocean Front Property)
Hit tells his ex-lover that, if she thinks he doesn’t love her, then he has some oceanfront property to sell her. 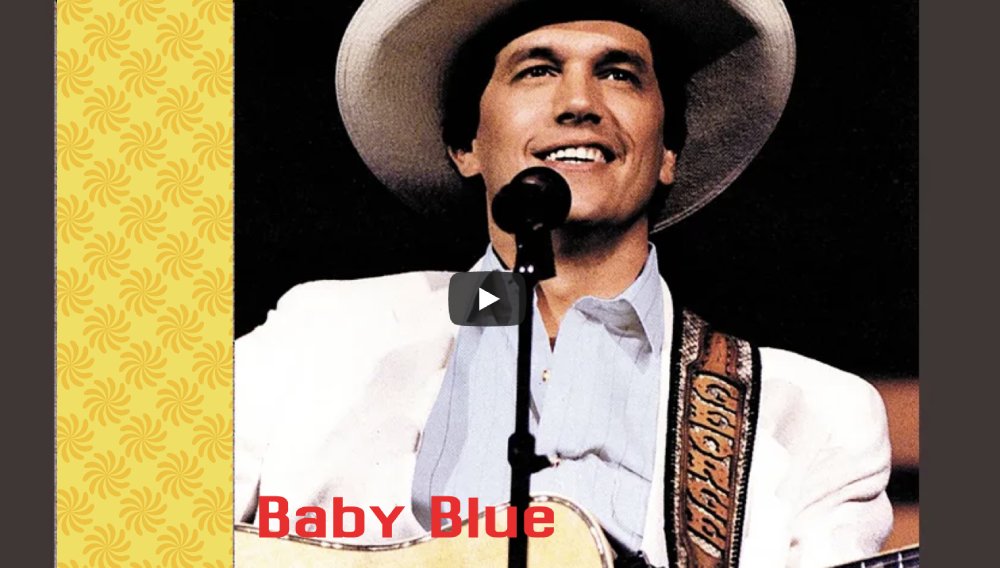 From the album(If You Ain’t Lovin’(You Ain’t Livin’))
hit about Strait reminding about a blue-eyed ex-lover, “Here’s to you and whoever holds my baby blue tonight”.

From the album(Livin’ It Up)
The love between father and his child This Let me tell you a secret about a father’s love /It’s a love without end, amen.

From the album(Pure Country)
serves as a soundtrack for the film Pure Country.

From the album(Strait out of the box)
a young couple’s love story, later couple is married and even after twenty years, their love story is still going great.

From the album(For the Last time: Live from the Astrodome)
Strait teamed with fellow country superstar Alan Jackson for this song