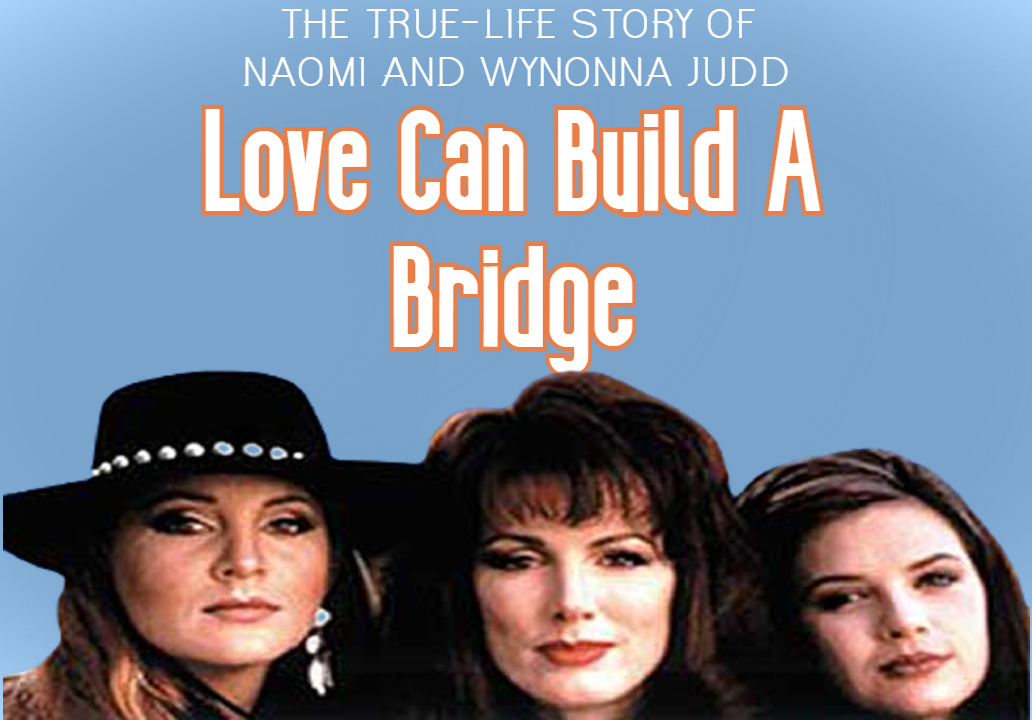 Naomi & Wynonna: Love Can Build a Bridge is a film about the mother-daughter country music duo The Judds, which is an American-made biographical film for television in 1995, directed by Bobby Roth. It was originally broadcast in two parts by NBC on May 14–15, 1995.

Kathleen York stars as Naomi Judd a single mother of two daughters, who turned to music as a way to help positively influence her increasingly having an aggressive and rebellious eldest daughter Wynonna, (then known as Christina). The movie chronicles Naomi’s struggle to provide for her daughters (the youngest of whom grew up to become actress Ashley Judd, who narrates the film), the singing duo’s rise from Nashville fame to national celebrity, and the ups and downs that accompanied a working family relationship, and Naomi’s eventual retirement from the music business. The movie was based on Naomi’s autobiography Love Can Build A Bridge.

Comments (2) on “Naomi & Wynonna: Love Can Build a Bridge”