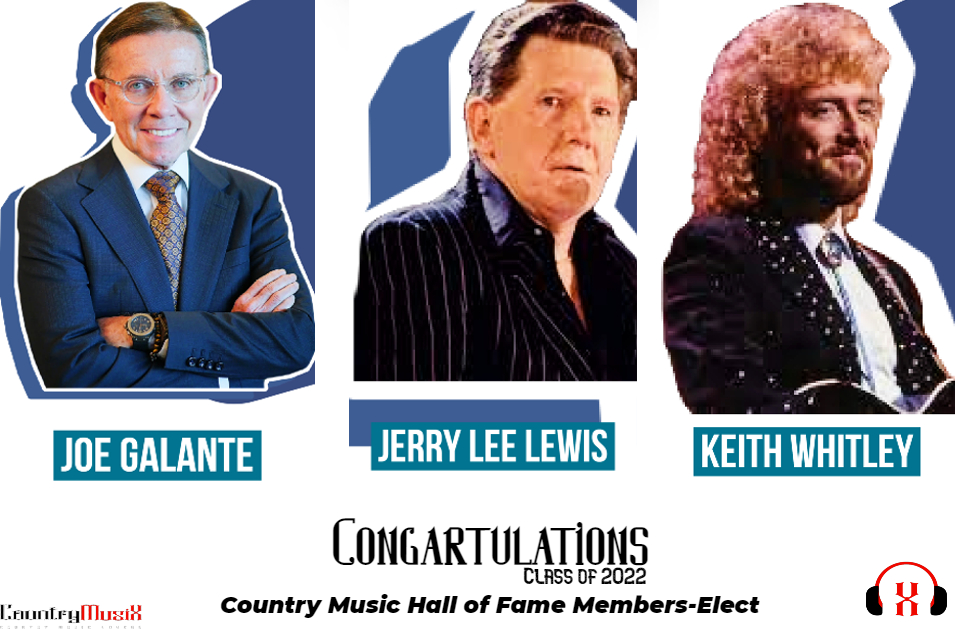 Country Music Association announced that they will be welcoming three new members to the Country Music Hall of Fame later this year. the in-person ceremony took place at the Hall of Fame Rotunda announcing the 2022 inductees last Tuesday. The ceremony was hosted by famed duo Brooks & Dunn.

Joe Galante was chosen in the “Non-Performer” category.

Joe Galante noted that “When I heard the news I was being inducted into the Country Music Hall of Fame, it was the first time in my entire career I was speechless,” in a press release. “I’m humbled, beyond honored, and honestly, I’m still trying to wrap my head around this.”

Jerry Lee Lewis was chosen in the “Veteran Era” category.

Jerry Lee said, “To be recognized by Country Music with their highest honor is a humbling experience.”, “The little boy from Ferriday, LA listening to Jimmie Rodgers and Hank Williams never thought he’d be in a Hall amongst them. I am appreciative of all those who have recognized that Jerry Lee Lewis’s music is Country Music and to our almighty God for his never-ending redeeming grace.” in a press release

Keith Whitley was chosen for the “Modern Era” category.

He will be inducted posthumously. Keith’s wife, Lorrie Morgan said in a statement, “In my heart, this feels like an absolutely appropriate honor, but at the same time, I know that Keith would be painfully humbled, and even shy about accepting an induction into the Country Music Hall of Fame.”