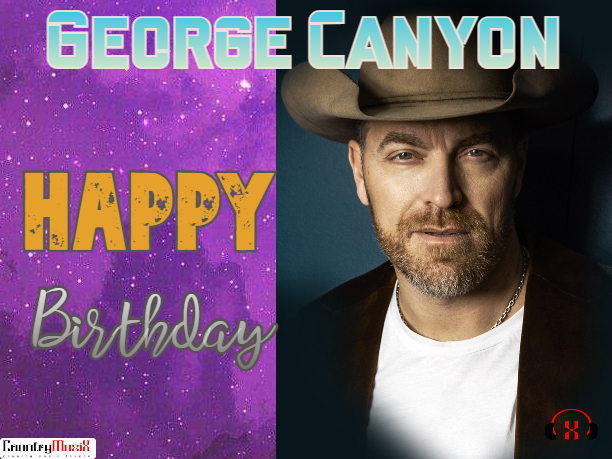 We Wish You A Very Happy 52nd Birthday To George Canyon

George Canyon was born on August 22, 1970, George Canyon is a Canadian country music singer. He was the runner-up in the second season of Nashville Star in 2004. He grew up in Fox Brook, Pictou County, Nova Scotia before he moved west to Calgary, Alberta. He also holds an appointment in the Canadian Forces as the Colonel Commandant of the Royal Canadian Air Cadets.