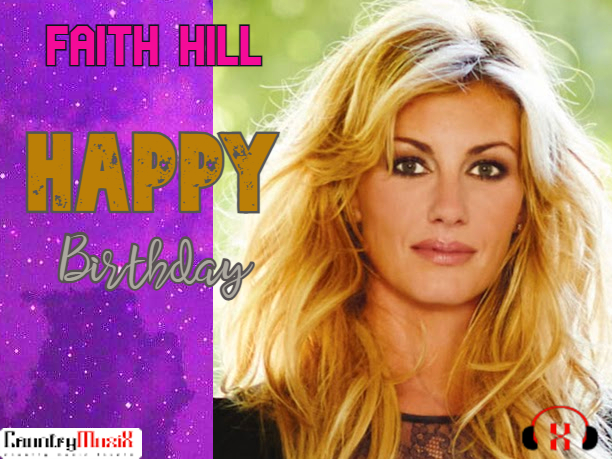 We Wish You A Very Happy 55th Birthday Faith Hill

Audrey Faith McGraw was born on September 21, 1967, Faith Hill is known professionally as Faith Hill, is an American singer. She is one of the most successful country music artists, having sold more than 40 million albums worldwide.

Hill’s first two albums, Take Me as I Am (1993) and It Matters to Me (1995), were major successes and placed a combined three number one on Billboard’s country charts. She then achieved mainstream and crossover success with her next two albums, Faith (1998) and Breathed (1999). Faith spawned her first international success in early 1998, “This Kiss”, while Breathe became one of the best-selling country albums of all time, led by the huge crossover success of the songs “Breathe” and “The Way You Love Me”. It had massive sales worldwide and earned Hill three Grammy Awards.