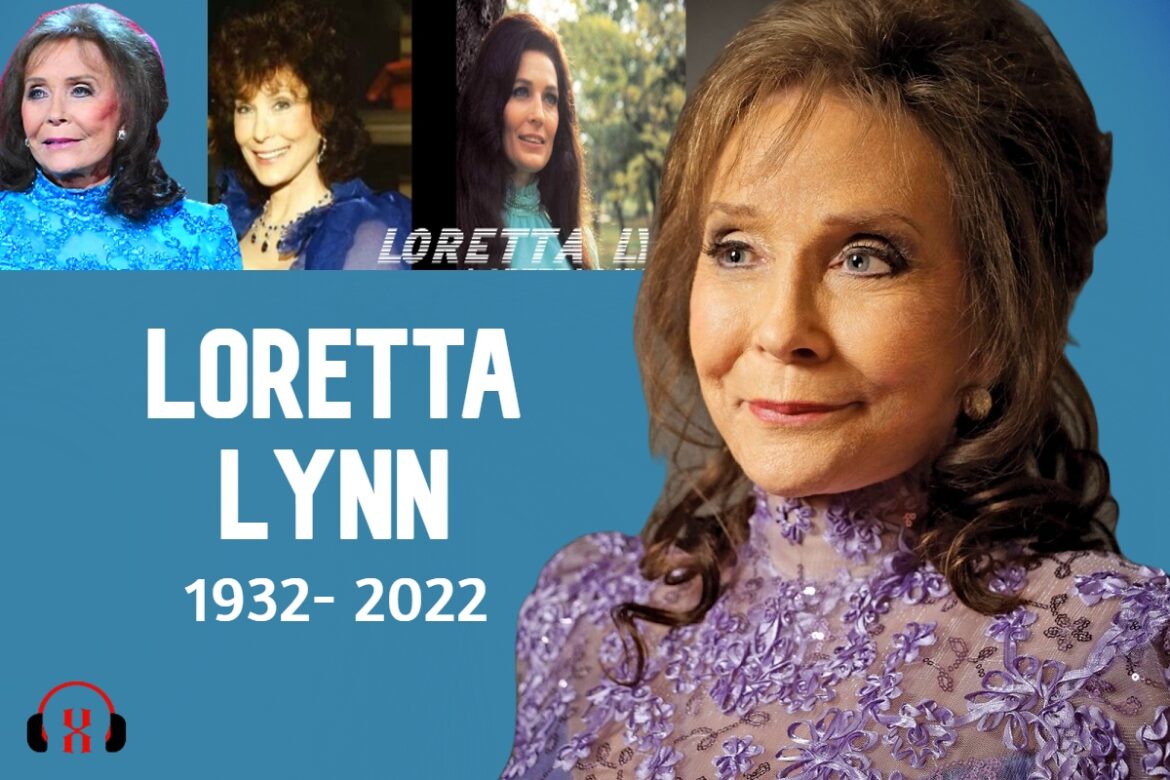 Loretta Lynn, the country singer whose songs and inspiring life story made her one of the most beloved American musical performers of her generation, died on 04th Tuesday (October,2022) at her home in Hurricane Mills, Tenn. She was 90.

Loretta Lynn was born April 14, 1932, Loretta is an American singer-songwriter. In a career that spans 6 decades in country music, She has released multiple gold albums. Loretta had hits such as “You Ain’t Woman Enough (To Take My Man)”, “Don’t Come Home A-Drinkin’ (With Lovin’ on Your Mind)”, “One’s on the Way”, “Fist City” and “Coal Miner’s Daughter”. In 1980, the film Coal Miner’s Daughter was made based on Loretta’s life.She became a wife at 15, a mother at 16 and a grandmother in her early 30s,

Loretta Lynn has received a number of awards and other accolades for her groundbreaking role in country music, including awards from both the Country Music Association and Academy of Country Music as a duet partner and an individual artist. She has been nominated eight-teen times for a GRAMMY Award and has won 3 times. Loretta Lynn is the most awarded female country recording artist and the only female ACM Artist of the Decade in the 1970s. Loretta Lynn has scored 24 #1 hit singles and 11 #1 albums. She ended 57 years of touring on the road after she suffered a stroke in 2017 and then broke her hip in 2018.