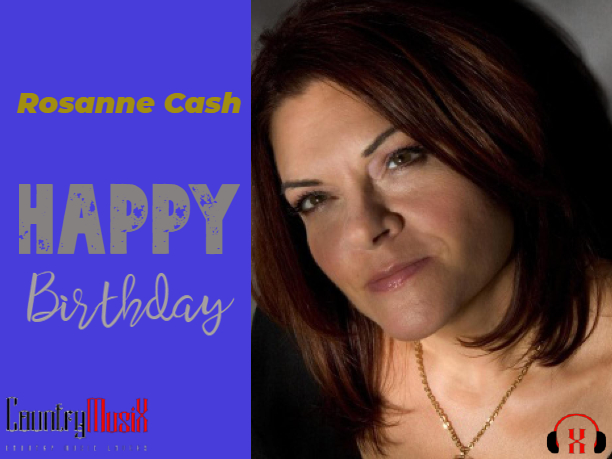 Rosanne Cash is an American singer-songwriter and author. She was born on 24th May 1955 She is the eldest daughter of one of the great country musicians Johnny Cash and Vivian Liberto Cash Distin, Johnny Cash’s first wife. Although she is often classified as a country artist, her music draws on many genres, including folk, pop, rock, blues, and Americana. In the 1980s, she had a string of genre-crossing singles that entered both the country and pop charts, the most commercially successful was her 1981 breakthrough hit “Seven Year Ache”, which topped the U.S. country singles reached the Top 30 on the U.S. pop chart.

Rosanne Cash won a Grammy Award in 1985 for “I Don’t Know Why You Don’t Want Me” and has received 12 other Grammy nominations. She has had 11 # 1 country hit singles, 21 Top 40 country singles, and 2 gold records. Cash was the 2014 recipient of Smithsonian magazine’s American Ingenuity Award in the Performing Arts category. On February 8, 2015, Cash won 3 Grammy awards for Best Americana Album for The River & the Thread, Best American Roots Song with John Leventhal, and Best American Roots Performance for A Feather’s Not A Bird. Rosanne Cash was honored further in October that year when she was inducted into the Nashville Songwriters Hall of Fame.