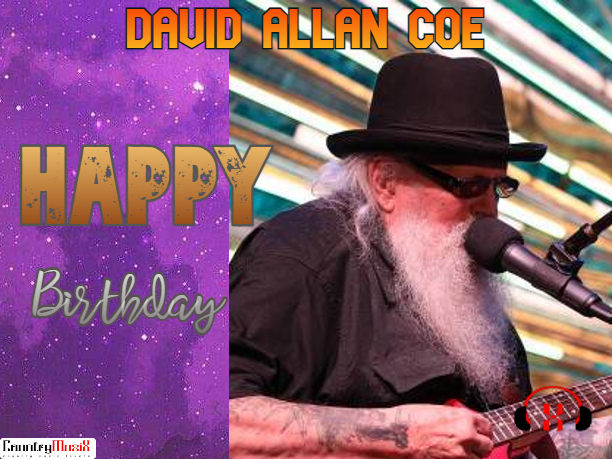 David Allan Coe was born on September 6, 1939. David Allan Coe is an American singer and songwriter. Coe took up music after spending much of his early life in reform schools and prisons and first became notable for busking in Nashville. He initially played mostly in the blues style, before transitioning to country music, becoming a major part of the 1970s outlaw country scene. His biggest hits include “You Never Even Called Me by My Name”, “Longhaired Redneck”, “The Ride”, “Mona Lisa Lost Her Smile”, and “She Used to Love Me a Lot”.