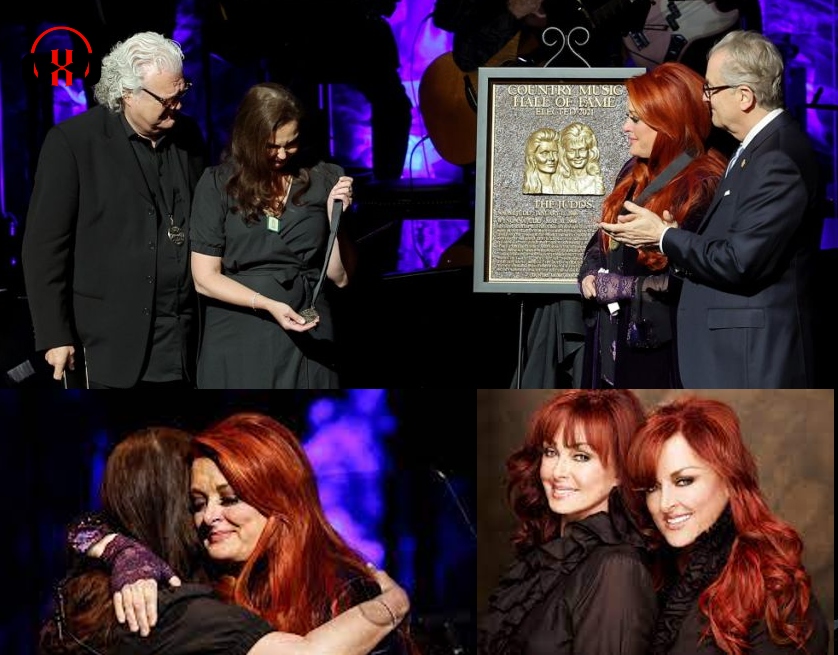 Late Naomi Judd was honored by daughters Ashley and Wynonna at the Country Music Hall of Fame induction in Nashville, Tennessee.

Naomi’s younger daughter Ashley addressed the audience “My momma loved you so much, and she appreciated your love for her, and I’m sorry that she couldn’t hang on until today,”…” Your esteem for her and regard for her really penetrated her heart, and it was your affection for her that did keep her going in these last few years.”

The Judds were selected to be inducted into the 2021 class of inductees alongside Eddie Bayers, Ray Charles, and Pete Drake. Across their prolific career, the mother-daughter musical duo, officially joined the Country Music Hall of Fame on Sunday, May 1, in a star-studded Medallion Ceremony at the Museum’s CMA Theater.

The Judds, Naomi with Wynonna serving as lead vocals — won five Grammys Awards, nine CMA Awards, seven ACM awards, and had 20 top 10 hits, including 14 in the number one spot.